As a salesman, Dante was an ace. He could sell refrigerators to Eskimos and shampoo to a bald person, he was proud of having sold sand to an Arab sheikh. Six months after opening his used car business profits were booming.

When he reached 50 years old, he decided to change his look. He dyed his hair and mustache black, a rich jet black, the manicurist did his hands and nails. He changed his wardrobe to checked vests, embroidered shirts and crocodile shoes.

Everything would have been great if it weren’t for a few buyers who felt ripped off. One broke his tooth with a tremendous right cross. Dante wasn’t even bothered and went to the dentist to have a gold one put in its place.

Now not only does he thinks he has a better smile, but has a lot more class too which makes him irresistible to women. 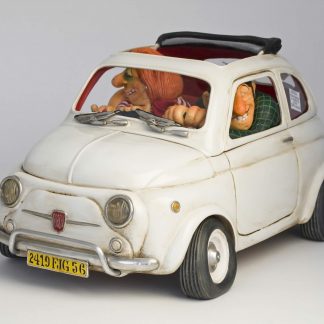